From the mid-19th century until 1999, Britain produced and used more asbestos-based materials than any other nation. Asbestos insulation, floor tiles, cement and even automobile parts were common and low-cost, purchased by the average citizen who was oblivious to medical evidence that linked the silicate mineral to untreatable lung diseases and cancers. While asbestos materials in pristine condition are considered to be safe, day-to-day use causes wear and tear. When these products are damaged, microscopic asbestos fibres become airborne and an enormous risk for inhalation.

After years of campaigning on the part of anti-asbestos activists, a total ban of asbestos in the UK took place in 1999. Even nearly two decades after this legislation, countless public spaces throughout the nation still contain these materials. In fact, an expert estimate reasons that over 50% of all buildings put people at risk. What was once considered a factory work-related danger should be a concern for all British nationals

Not only does asbestos cost an exorbitant amount of taxpayer money in the form of safe asbestos removal and government payouts, but it also puts residents, workers and their families at risk. While the British government has attempted to tackle these matters, much is left to be desired, especially in hospitals and schools throughout the country.

Because of its incredible fireproofing and soundproofing capabilities, asbestos became a popular addition to theatre curtains, roofing and ceiling tiles. At the Bloomsbury Theatre in London, projected renovation costs and time estimates far exceeded the initial proposal, owing to the discovery of brown asbestos (amosite). Asbestos removal specialists came in to survey the scope of work, carry out risk assessments and completely seal off the area. Only then could the time-consuming task of asbestos removal take place.

At the British Museum, medieval artefacts were discovered to be attached to Asbestolux boards. Therefore, it was necessary to carefully decontaminate these items while preserving them, creating an even larger challenge than anticipated. In the weeks leading up to the preservation work, mandatory asbestos awareness training was carried out for all museum employees, an isolation tent and decontamination areas were erected, and secure containers for artefacts were maintained by staff and asbestos removal experts. 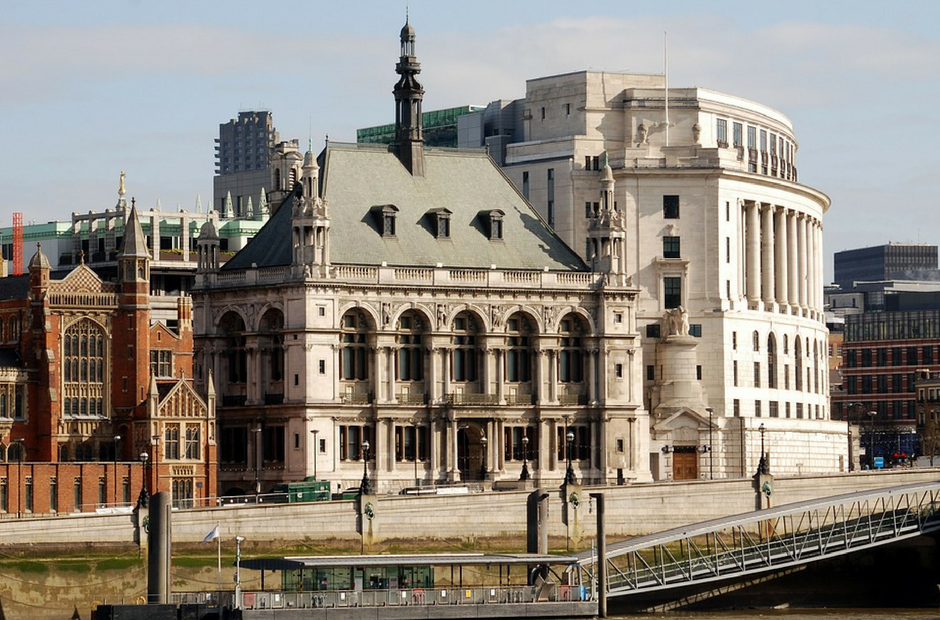 As we’ve previously discussed, the risk of asbestos exposure in British schools is a staggering one. An estimated 75% of campuses –  or at least 13,000 council-run schools – are believed to contain the substance, and a 2017 Education Funding Agency (EFA) study discovered that thousands of these campuses were not following the correct safety guidelines. Due to said study, it was determined that upwards of 20% schools may have exposed a million students, educators and school employees to asbestos via asbestos tiles, boilers, sprayed insulation and more.

The Medical Research Council (MRC) concludes that, “Children attending schools built prior to 1975 are likely to inhale around three million respirable asbestos fibres.” It stands to reason that all council-run students and staff have been exposed to asbestos in these buildings. The National Union of Teachers affirms that nearly 300 British citizens die from asbestos-related illnesses contracted at schools. Out-of-court settlements between victims and councils are also not unheard of.

What government steps have been taken?

Unfortunately, the Department for Education (DfE) does not compile information regarding which school buildings are affected by asbestos so they may prioritise and strategise safe removal. Instead, schools (often with meagre budgets) were given the independent responsibility to handle asbestos-related incidents. The EFA has also recommended that schools fix and/or rebuild buildings in the worst condition in order to avoid emergency repairs.

Unfortunately, since 2012, local authorities have reported almost 100 cases of notable asbestos disturbance that put students and employees in harm’s way. 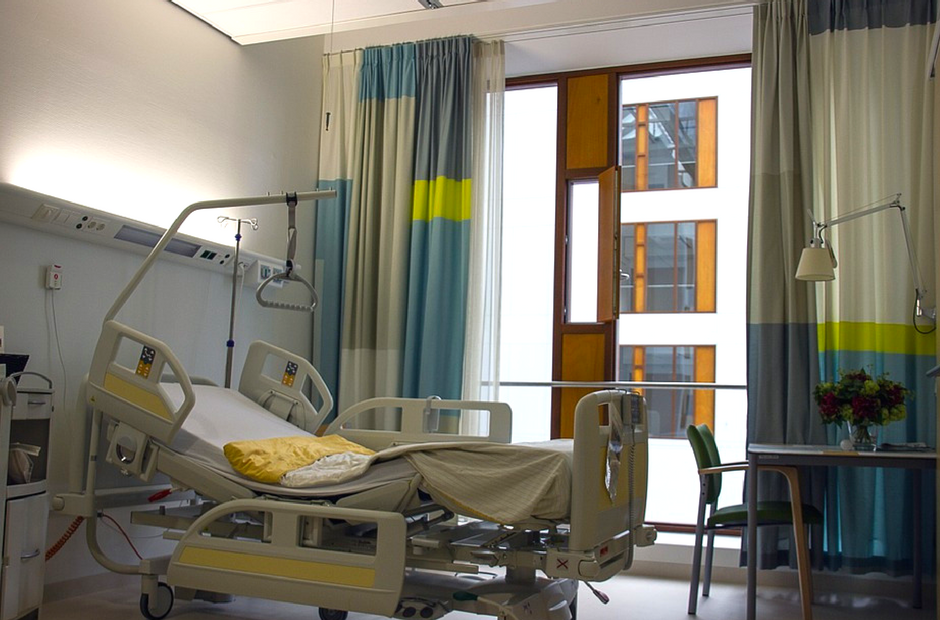 The bulk of British hospitals were built before 1999, many from Victorian times. Because they are in constant use, the expense of surveying and closing down entire wards is an enormous undertaking and is likely a deterrent for most hospitals.

In the case of the Royal Shrewsbury Hospital in 2012, an employee informed his superiors he saw damaged asbestos paneling and was unfairly dismissed. At Christie Hospital in Manchester, a leading cancer hospital in the UK, upwards of 20 maintenance and janitorial staff were exposed to asbestos fibres. The hospital refutes these accusations, claiming that the Health and Safety Executive (HSE) had passed the independent investigation with flying colours.

A major concern is the perpetual movement of gurneys, wheelchairs and medical equipment throughout the halls and rooms, which can easily cause damage to asbestos-containing materials (ACMs) without a worker’s knowledge. What’s more, hospitals often install their cafeterias in the basements of buildings, where asbestos materials are most often overlooked. If asbestos is present in a canteen setting, there is a risk of asbestos fibre inhalation, as well as ingestion (which has been known to cause rare but fatal peritoneum mesothelioma).

A 2017 report maintains that 94% of London hospitals contain asbestos. In 2011 alone, of the 1,000 Londoners that died from asbestos-related diseases, seven were doctors and nurses. This shows an evident link between the airborne asbestos fibres  and these workplaces.

What has the British government done to surmount these issues? 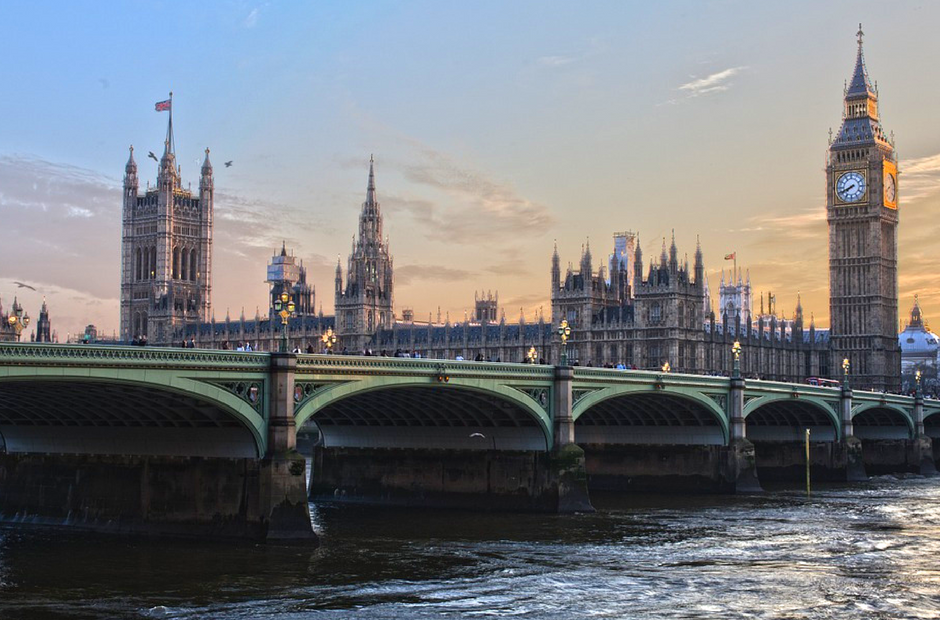 Decades before mandatory asbestos awareness training, employees in countless fields would have had little-to-no information about how to handle this substance, or (even worse) no information about the health risks. With nearly 5,000 British citizens succumbing to asbestos-related illnesses – and over 2,000 citizens diagnosed each year – it’s evident that asbestos is an issue that needs to be taken seriously.

Asbestos awareness training can save lives

In order to protect our citizens, it is important to remain vigilant and up-to-date on asbestos knowledge. Online asbestos awareness training provides in-depth information on where asbestos may be located in older buildings and can offer you the protection you – and your communities – need to stay safe.